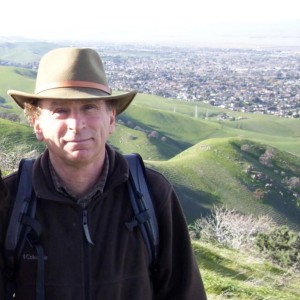 A Giant Among the Redwoods

When Emanuel “Sam” McDonald was born in 1884, son of a Louisiana minister and grandson of enslaved people, few could have foreseen the inspirational life he was to lead. Sam McDonald eventually grew to the height of 6 feet 4 inches tall, and he left a legacy just as tall.

Sam left his family when he was just 16 and traveled to California, where he found work as a laborer and nightwatchman at Stanford University. His generous spirit and work ethic won the admiration of those around him, and by 1908 he had risen to the position of Superintendent of Athletic Grounds and Buildings, a position that he held until retirement in 1954. With that promotion, he became the first African-American to attain such a high administrative post in a major university.

Over the years, Sam developed a reputation as an expert in the maintenance of athletic fields and was often sought out for advice. When you go to a baseball or football game and see how the field is mowed in opposite directions at regular intervals, know that was one of Sam’s many innovations.

Sam was an astute investor and by 1917 had enough money to purchase 430 acres in the San Mateo County hills. With that, he became the only African American to own property in a redwood forest. He built a lodge to use as a retreat and place to commune with nature. He named the lodge, Chee-Chee-Wa-Wa, which means “little squirrel “in Chickasaw (a native American tribe from which Sam claimed 1/8th blood).

Over the years, Sam became extremely popular with the Stanford community, from the university president to humble freshmen. As Sam’s notoriety grew, few dignitaries visited Stanford without calling on him, including President Herbert Hoover. Mrs. Hoover and Sam exchanged gardening tips on their visits.

Sam McDonald’s favorite charity was the Stanford Convalescent Home for Children, where he became a grandfather figure to the kids, telling stories, playing his accordion, and hosting BBQ dinners on the annual volunteer work day, which eventually became known as Sam McDonald Day.

When Sam McDonald died in 1957, he left his redwood property and lodge to the “con home” for the benefit of the children. The con home sold the property to San Mateo County and Sam McDonald Park was dedicated in 1970. The park acreage has been expanded over the years and today stands as a symbol of Sam’s goodness and generosity.

Like Sam McDonald, the coast redwoods are one of a kind. Tracing their lineage back to the Mesozoic era, these giants of the botanic world are today found only in the coastal fog belt from just north of California’s border down to just south of Big Sur and nowhere else in the world. Sam McDonald described the redwoods as “lords of the forest.” No wonder the son of a minister built his cabin retreat in their shadow.

Our wonderful Greenbelt Alliance outings leader Gael Erickson, who passed away in 2018, led us on many outings in Sam McDonald Park during her time with us.

The park entrance is near Loma Mar, at 13435 Pescadero Creek Rd, and has a parking area, ranger station, restrooms, and picnic tables. A great hike from the entrance is the 1.6-mile trek to Heritage Grove, a stand of old-growth trees—redwoods that have never been logged. Ninety-five percent of our original coast redwood forests were logged after the Gold Rush to build California, so ancient stands like Heritage Grove are rare treasures.

A visit to Sam McDonald park is well worth the drive to appreciate the man, his legacy, and his trees.