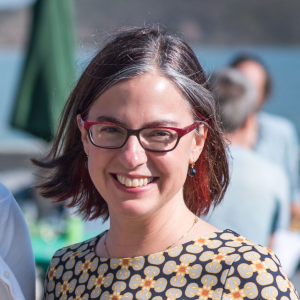 This morning, in a case of judicial overreach that is rapidly becoming commonplace with the current configuration of the nation’s highest court, the Supreme Court has significantly limited the Environmental Protection Agency’s (EPA) power to regulate carbon pollution from power plants.

The Clean Air Act was enacted in 1970 and empowered the EPA to regulate pollutants that “endanger human health.” In 2009, the EPA made a clear finding that carbon dioxide fits into the legal category of a pollutant, due to its role in changing our climate—putting both people and nature at extreme risk.  Yet, at a time when we know that we must take drastic measures to reduce the toxic emissions fueling the climate crisis, the decision today severely limits the ability of the EPA to carry out its congressionally mandated role.

The Biden administration set a goal to transition the US power sector to be completely free of carbon pollution by 2035—a minimum milestone needed to make our entire economy net carbon neutral by 2050 and do our part to meet international goals needed to limit warming to 1.5 degrees celsius. The effects of even this level of warming will be catastrophic for many, especially low-income populations across the globe. Surpassing this target temperature will expose millions more people to climate-related disasters like wildfire, heat waves, droughts, and sea level rise.

The Supreme Court’s decision today significantly reduces the ability of the EPA to carry out its legislatively designated mission by limiting its ability to reduce carbon dioxide pollution. The ruling puts the Supreme Court, rather than legislators or technical experts, in the position of deciding how much pollution power plants can emit. In a moment where we all should be coming together to do our part, this judicial overreach, done to help prop up the coal industry, is shocking and disappointing.

It is a tough day for our community—so many of you are out there working tirelessly for a better future for our planet and people—and it is disheartening to be constantly undermined by those in power at the national level. And this is just the latest in a series of decisions over the last week that has overturned precedents on abortion, the separation of church and state, and the rights of people who are the victims of police violence.

Yet, we know this work is more critical than ever, and our locally focused work is essential to make progress in preserving a safer future for all. With the Biden administration and EPA being severely limited in the actions they can take, coupled with a congress that refuses to take action, it is more urgent than ever to plan and fund resilience initiatives that organizations like Greenbelt Alliance are committed to, in order for communities to withstand the future severity and intensity of climate impacts.

So today, we are asking you to respond to this devastating news by supporting Greenbelt Alliance’s work to build up climate resilience and fight climate change locally. Speak up, stand together, and make a difference. Your support will help us:

It is in solidarity that we can help local communities throughout the Bay Area implement policies that build resilience to the climate disasters that are sure to get worse.