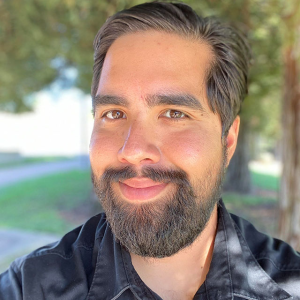 The Case for Water Wise Development

California has witnessed increasingly dry winters in recent years. February 2020 was the driest February on record for over 150 years. In the past decade, the state has been in more drought years than not. Massive wildfires in California were exacerbated by the prolonged drought conditions. As we move into the future, we can only expect this trend to continue and water to become more scarce as the global climate becomes warmer.

Not only is there evidence of how a warming and drying climate has increased the size and severity of fires, but we must also consider the basic issue of what having less water means. Water is the lifeblood of our bodies, our cities, and our planet. Drier winters leave less water to flow into our reservoirs and in turn, our taps. We need to take a deep look at how the effects of climate change will change future water supplies in California, and what we can do about it.

Much of the state’s water supply is delivered as spring and summer temperatures melt away the previous winter’s snowpack in the Sierra Nevada mountain range. This snowmelt is what fills our reservoirs, rivers, and eventually feeds our cities and farms. According to the Water Education Foundation, the Sierra Nevada snowmelt provides drinking water for 23 million people from San Francisco to Southern California. And our entire water supply infrastructure is at the mercy of climate change. Researchers at UCLA have found that anthropogenic climate warming reduced the Sierra’s average snowpack levels by 25 percent, and up to 60-85 percent under a severe drought scenario, compared to simulations that accounted for the warming trends in the 20th century.

While we experience a rapidly-melting snowpack, we also witness rising sea levels. The state of California has reported a sea-level rise of eight inches in San Francisco and is expecting another one to three feet of sea-level rise by the end of the century. This is a problem, especially for local governments. The City of Antioch has recently approved a plan to add desalination to its water infrastructure, a costly and energy-intensive process that will convert saltwater to drinkable fresh water. While Antioch has traditionally sourced its drinking water from the freshwater found in the San Joaquin Delta, the combination of rising seas and less freshwater from the Sierras causes the saltier ocean water to encroach into the once-freshwater delta. The City has had to approve costly retrofits to its water infrastructure at a cost of about 63 million dollars. As climate change continues to warm up our higher elevations and effect snowmelt, we can expect to see these costly retrofits become more common. We can already see that climate change is having an impact on the way that cities must plan for future infrastructure projects.

As climate change continues to cause water scarcity problems for cities and our neighboring ecosystems, it is important to do more without demanding more water. We need to save water, be more efficient with our water supply and re-think how our water infrastructure is built. Instead of creating additional costly infrastructures like building new dams or desalination plants, we can better design our cities to work with the water that is already available. We can plan and design for water-wise development.

The planning and design of our cities is one aspect of creating water-wise development. Some of these solutions include climate-smart development, such as building a mix of housing types that support the same amount of people, but with less water infrastructure. It’s no surprise that a mix of housing types, like apartments, condos, and townhomes, are more environmentally friendly. When we reduce the footprint of our buildings, we physically require fewer pipes and less water while still quenching the thirst of just as many people. This is just one example of how water conservation can be much cheaper than the construction of additional water infrastructure. A Greenbelt Alliance study with Calthorpe Associates found that the climate-smart growth scenario would reduce water consumption by 9 percent. This strategy of growth is not only better for the environment and water conservation, it can also aid the housing market in providing a mix of housing types for different lifestyles and incomes.

Across the delta in the city of Fairfield, Greenbelt Alliance has been advocating for protecting the surrounding Suisun Valley farmland and its associated watershed. In a technical analysis, we examined the water resource benefits provided by the watershed outside of the Fairfield Urban Limit Line (ULL)—a boundary that marks the outer limit beyond which urban development will not be allowed. Referencing the USGS Watershed Boundary Map, we adjusted for areas outside of the Fairfield ULL. We then analyzed the area using the public GIS mapping tool, Bay Area Greenprint.

There are 33,749 acres of unincorporated land that makes up the Suisun Valley watershed. Out of that size, 8,274 acres are listed as farmland, has a groundwater recharge area of 13,461 ac-ft/year, and 345 acres of wetlands. 757 acres are at risk for development from multiple projects, about 9% of which is agricultural land. Building here could set a future precedent for further development—negatively impacting water resources and the agricultural community. For these reasons, the best course of action is to channel development within the existing urban limit line. Urban limit lines, also known as urban growth boundaries are one of the best ways to promote climate-smart development—protecting farms and saving open space for residents.

Greenbelt Alliance has advocated and spoke publicly at the Fairfield City Council when they passed Ordinance 2020-17, which will prohibit any new land annexations into the surrounding unincorporated county until the City can adopt a new General Plan. The City’s General Plan will aid in land-use planning and development until 2040.

At Greenbelt Alliance, we’re working at every opportunity to make Fairfield’s General Plan, and several others throughout the Bay Area, geared towards climate resilience and a water-wise future.